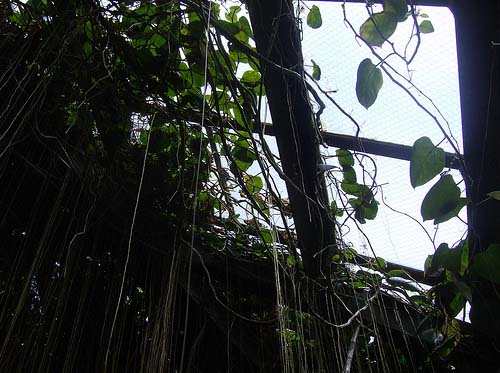 Every vine that I cut grew back, sometimes splitting into two or three or more, curling around chairs and tables and up the walls. Leaves sprouted back instantly, bigger and brighter and greener than the ones I’d managed to rip off.

The ones near the floor are too thick to cut with anything. The thinner ones are so high now that I can’t reach them, not even standing on what’s left of the couch.

By last night I couldn’t find the door.

This afternoon the electricity went out.

At the rate they’re growing, I’m guessing the skylight will be covered before dark.