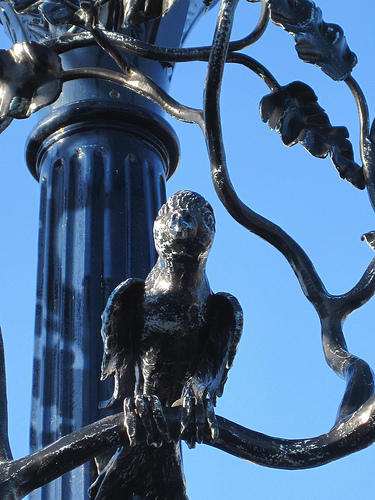 I met him at a party.

I told him he was sweet, but not my type.

It wasn’t exactly a lie.

It’s not like I threw the glass of wine he bought me in his face for asking or anything.

I tried to be nice about it.

But now, whenever I go outside, flocks of birds follow me.

Even statues of birds turn their heads to watch with vacant stares as I pass by.

I’m not sure if they’ll lose interest eventually or if they’re just waiting for the right moment to swoop down and peck my eyes out.

I wish someone had told me who he was before I turned him down.