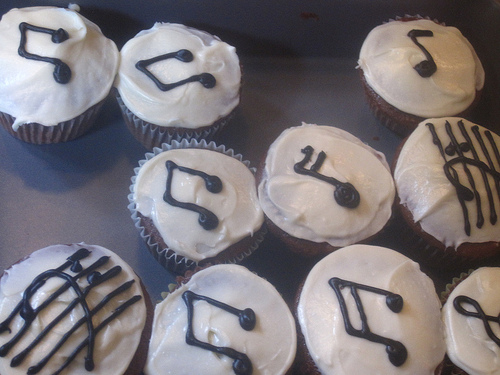 She was a musician.

He was a baker.

She spoke in notes and rhythm and tone.

He expressed himself in carefully measured flour and clouds of buttercream.

Everyone said they wouldn’t last. They came from different places, spoke different languages.

But that did not matter.

They found the places where their lexicons overlapped.

Ways in which they could speak together, in songs and sugar.

Delights in ears and on tongues.