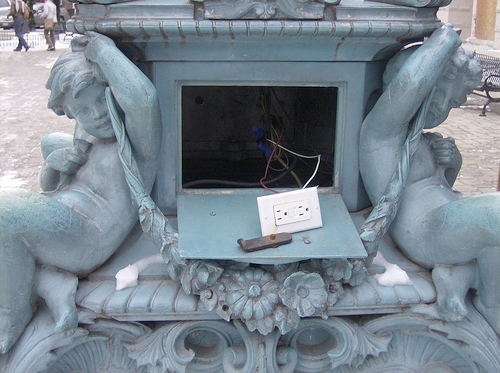 Anyone who finds out is usually surprised that angels need tech support, that it’s even a job. But that’s because we’re good at it.

Have you ever seen a cherub? They’re chubby. Those fluffy little wings aren’t enough to keep them up, but they wouldn’t be as cute with a proper wingspan, so adjustments have to be made.

We have other ways to keep them airborne.

It’s all about appearances.

Miracles have to look miraculous.

No one wants to see the wires.