Over last weekend, I taught myself how to do something I have always wanted to learn but never actually sat down and took the time for until now.

I learned how to fold paper cranes. 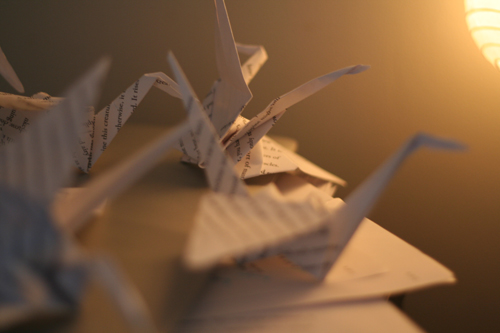 They’re actually not as complicated as they look. I found a bunch of guides online and ended up following this one.

I also learned that laser printer paper does not make for the most precise of paper cranes (some of them look like ducks), but that was what I had.

I folded a lot of them. They were a gift for my editor, though some of them managed to fly over to my agent and a few more are still kicking around the studio. 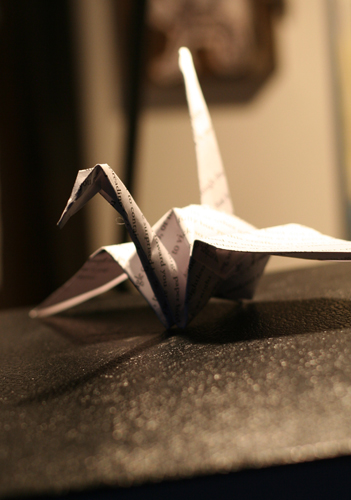 So yay, I have a new skill. I should get myself some proper origami paper.