flax-golden tales: the short, sad life of a faceless snowman 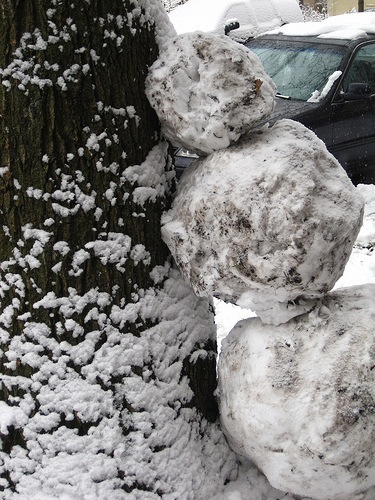 the short, sad life of a faceless snowman

He wasn’t leaning when they built him.

(Is it presumptuous to assume all snowmen are male?)

Anyway, he stood up pretty well those first few days. He would have looked almost impressive if the snow had been proper white marshmallow-colored fluff instead of dirty grey parking lot snow.

He started to lean yesterday. He probably would have toppled completely if the tree wasn’t there.

He wasn’t a particularly cheerful snowman to begin with, he never even had a carrot nose or anything, but now he just seems sad.

I suppose anyone would be sad, to have such a cold, temporary life.

I think he’ll welcome it.