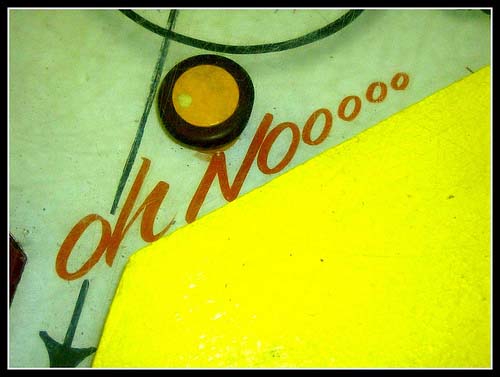 It’s a simple game, really. Once you understand the rules, that is, but the rules cannot be told to the player beforehand, they can only be learned through playing.

It is remarkable how many choose to play despite that fact, and despite the fact that a game must be completed—won or lost—once begun.

The game keeps records, imprints of movements made and choices taken by previous players, engraved into the gamespace itself, though much of it is recorded in an almost-indecipherable system of the game’s own devising.

It is particularly fond of marking down last words.

Though all of the last words are similar. Echoed cries repeated over and over again, before being etched in text for posterity.

So perhaps the next player who reaches this particular spot in the game will have a bit of warning.

If they take the time to look down.

But hardly anyone ever thinks to look down.