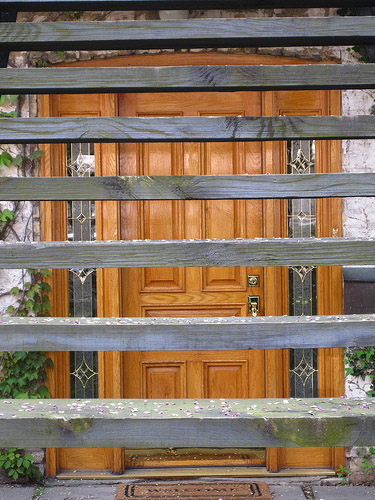 It’s all about choices, I figured that out pretty early on while a lot of other people just stood there, overwhelmed by the first set of options.

Better to keep moving, making any choice is more productive than standing still.

I just hit another door-or-stairs point. The stairs look difficult, but the door is locked and while I have a number of keys, it would take time to try them all and I might not have acquired the right one yet, though I usually have the right key already if it is, in fact, the right door to take.

I think I’ll go with the stairs this time, since they’re more daunting and less stable, that’s usually a sign of something more rewarding to come.

There are always choices, straight ahead or up or down or sideways or under or over, locks and keys and windows and doors, even if they’re hard to see.

No dead ends, and never any going back.

Not that you can’t. Door or stairs not taken are usually still there, and sometimes different paths lead to second chance choices to be made over again.

But they won’t be the same.