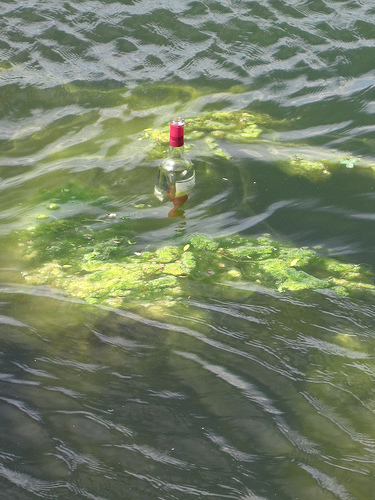 They say the sea is filled with nothing but claw-snapping creatures and danger. That it should be avoided at all costs, that it is something to fear.

I can’t be certain, but I think they’re wrong. I have glimpsed gardens of coral through rippling waves, explored stately sunken ships in half-remembered dreams with seaweed tangled in my hair.

Even when I’m awake I hear the siren songs that no one else can discern, their ears too full of air to interpret the water sounds.

They tease me when I try to explain. Joke that my long-dead mother must have been a mermaid. Sometimes I wonder if it’s true.

I sit alone on the forbidden shore, drowning my longing in salt-tinged wine and listening to the songs in the waves as they fall against the rocks, begging me to come home.

Wishing I could drink myself to the bottom of the sea where I belong.