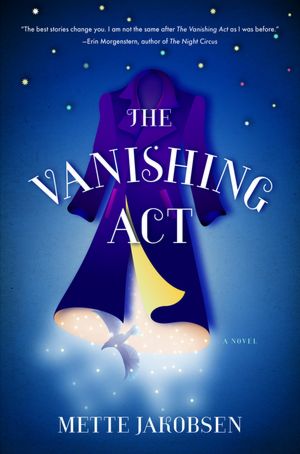 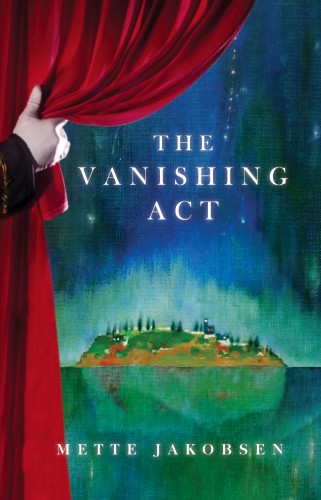 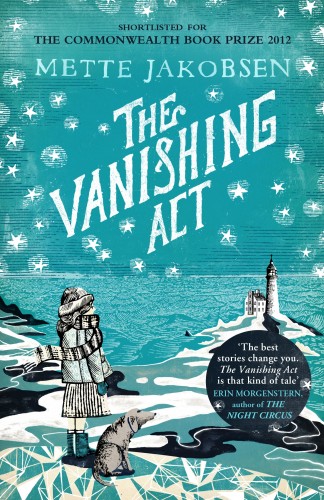 Dang. I’ve already picked up my books for the road trip to NC tomorrow. Oh well, when I get home again… something to look forward to!

Have you ever read any of Anne Rivers Siddons’ books? “King’s Oak” will set you back on your heels and wring out your soul.

Your name is also featured on Goodreads when you look up The Vanishing Act! http://www.goodreads.com/book/show/13562763-the-vanishing-act

Read it, liked it, would certainly recommend it to others, but I didn’t love it.

Probably my fault, because I’d waited so long for it and my expectations would have grown enormously, but I would certainly recomment it.

I like the last ‘blue’ cover. Looks like a ’50’s Caldicott Winner (spelling?) – Sounds like Clifford and Emily Elizabeth on Birdwell Island but a whole lot more poetic and evocative than a cartoon….unless it’s like one a them real old 3D Popeye cartoons. They make me cry………. (Vanishing Act ….will remember that)

Love the paperback cover and it sounds like a beautiful story. Just what I need!

Delightful timing. I am stuck in an hotel room in Toronto for a couple of evenings. And off to the Kindle store I go! (I love buying books in bed.)

I yammer lots about books on my blog and wrote the publisher to beg a review copy of ‘The Vanishing Act’. Never mind I’m almost literally swimming in review copies now.

I’ll have to build an ARC.

It’s on my calendar to come see you in Oswego next month! You! In Oswego! I cannot wait. I’ll come early so I can sit up front and hear you properly. So if you’d like to throw out candy or something sparkly I’ll be there to catch it.

I just wanted to compliment you on the night circus. A bit late, I know, but my God that book is amazing. You deserve a medal for writing such an amazing story. I live in Africa, in a place where tales like yours are scarce. Your book changed my life. So thank you, Erin Morgenstern. Thank you.

Oh I so understand that bit about how many books you love versus the number you like. I hope as a writer I can remember this often reflects as much about the reader as the writing. We can’t help the books we love, and so many factors are involved. Many of the books I only liked are smack dab on the Love shelf for thousands of other people. And many I love get a meh from other readers. I dislike the stars-system for rating books because of this. Being stingy with 5 stars is the only way to properly reflect how stingy I am with love. But I am uber generous with like and want to loudly applaud when a book earns that as well.

Hello Erin.
I just wanted to know where I can find ‘The Vanishing Act’, and if it’s in a similar context to ‘The Night Circus’. That same whimsical twisted beauty.

I just want to say thank you! Not only because is the “Night Circus” the only book I can read again and again but now I have a wonderful author who I can follow, read her books and the books she recommends!

I have order and am still waiting for the Vanishing Act. Cannot wait!