flax-golden tales: on the beach in purgatory 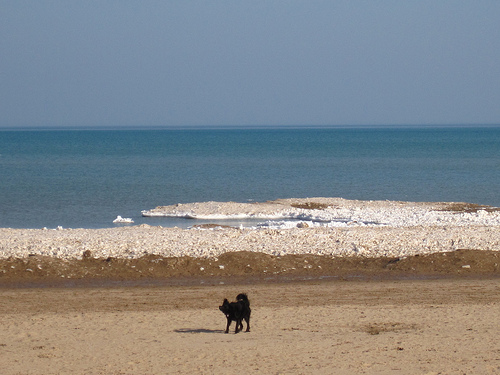 on the beach in purgatory

The beach was cold and partially covered in lingering snow and completely deserted except for a fluffy black dog near the shoreline, he trotted right up to me when I came near.

The dog wore a collar with tags so I checked them but they were only medallions of silver carved in designs with no discernible words.

“Waiting for what?” I asked. He paused before he answered. I straightened his tags because I’d put them askew trying to read them.

“For things that I have no control over to change,” he said after a moment. “Or maybe pirates.”

“Me too,” I replied, and we waited together after that.