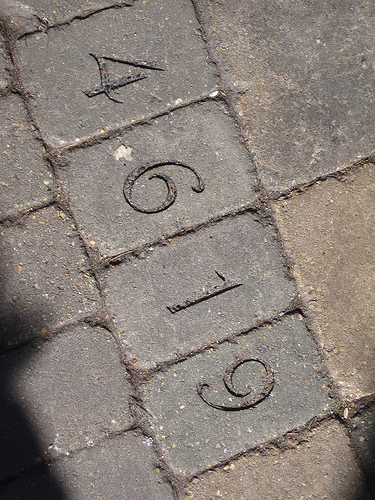 People always ask me what the numbers mean.

They assume I know just because I put them there.

I don’t, not in any way that I can articulate.

My mother used to say it was a gift but she doesn’t anymore. I think she also thought it would be a phase.

I tried to stop a couple of times but the numbers itch in my brain, whispering where they want to go and what order to carve them in and I can’t think of anything else until I do.

They mean different things, which makes it complicated.

Sometimes they’re significant dates or countdowns, others are coded messages (always in different codes) and once they were winning lottery numbers but no one realized until it after the fact and I think that might have been a coincidence, I can’t be sure.

I never know what to tell people when they ask, because the answer could be anything, it could even be nothing.