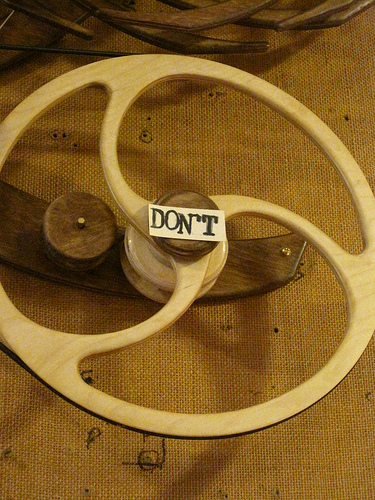 I spun the wheel even though it had a sign that said “don’t.”

And it was there with its vague warning all wheel-shaped with curved spokes looking like it was supposed to be spun, like it wanted to be spinning and like remaining static was all wrong for it and so I gave it a twirl.

I didn’t think anything would happen, really.

I thought the wheel would spin for a bit and that would be that.

But once it started spinning it just kept going.

The letters of the “don’t” sign turned into an illegible blur.

I can’t figure out how to make it stop.