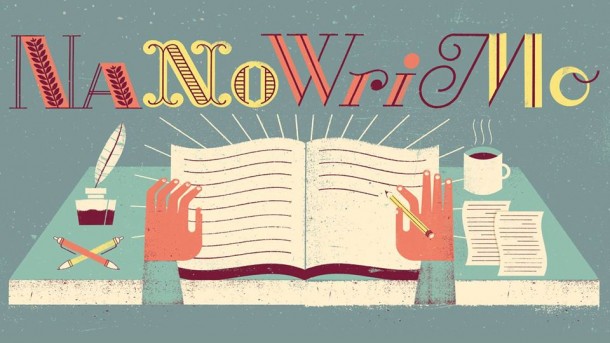 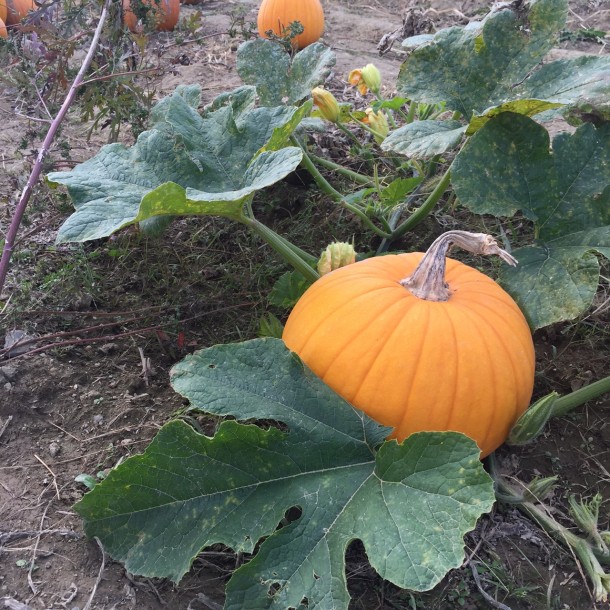 We went apple picking on Friday and did not intend to look for pumpkins but then there was the Most Perfect Pumpkin and it had to come home with us. Not even going to carve it, it is too perfect in its perfect pumpkinyness.

I am so glad it is finally fall. September was a lying month filled with 90-degree days but October seems to have its act together. I have socks on. This is better.

(The most properly autumnal thing I got up to in September was running around in corn in the dark for the lovely Kim Liggett‘s Blood & Salt launch, which was moonlit and magical and possibly evil.)

I keep forgetting to blog because I’m writing and when I’m not writing more typing seems like silliness when I should be resting my fingers, or doing little finger exercises. I’ve been knitting, trying to finish the scarf I started in July (um… July 2014, that is), and I suppose knitting is finger exercise.

I read Elizabeth Gilbert’s Big Magic and loved it. I like books on creativity and this one is a fairly quick read but packed with very big ideas. It feels like it took up more space in my brain than it did on the page which is a neat trick.

(My brain sometimes feels like it is too big, with too many things and too many people and too much imaginary architecture in it. Can you get agoraphobic in your own brain? I’m going to close this parenthetical before I think about that too hard.)

Adam took some lovely photos of me during Friday’s apple picking perfect pumpkin excursion. I do not know what’s going on with my hair. 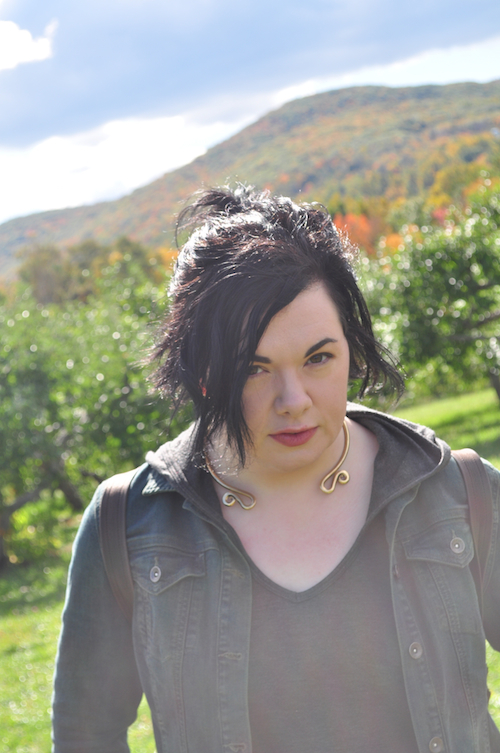 Okay, I do know what’s going on with my hair: I cut it wrong last time I did it (I always cut my own hair) so I’ve been putting it up in shame ponytails when there is not quite enough of it to pony.

I am trying to think of what’s new or what’s news and there is no news and not much is new besides pumpkins and pounds upon pounds of apples (I am going to bake an apple crisp of some sort this week). Still writing. Still throwing things out and rewriting. Still trying to figure out where this book is going though it is finally consenting to being almost book-shaped. Almost.

But it is a winter book, so it is sorting itself out more now that there is a chill in the air, pulling up a blanket and sitting next to me on the couch and hopefully once I ply it with enough warm beverages it will tell me the rest of its secrets.

(It told me one big secret yesterday and I said “Really? I’m not sure I can write that.” And it said “Well you’d better, lady, that’s how it goes.” Sigh. Wish me luck.)

Still on Twitter hiatus, likely for at least the rest of the year. Still not doing any public appearances until this draft is done. Still obsessed with Dragon Age, still trying to figure everything out, still over-using the word still. 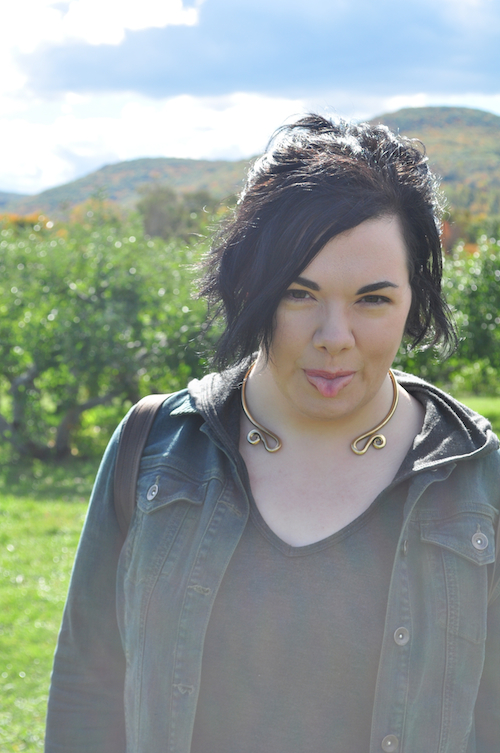