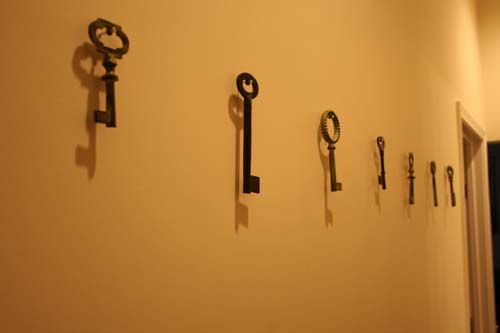 My refrigerator is broken.

Yesterday while I was making my tea I happened to open the freezer (I don’t even remember what I was looking for, there wasn’t much in there other than frozen fruit and vanilla vodka) and discovered that my ice cube trays were full of water rather than ice. And the water wasn’t even particularly cold or frosty or in any manner on its way to becoming ice.

Then I checked the fridge and noticed it was remarkably close to room temperature.

The night before we’d had a bunch of little power outages, the power would go off for 30 seconds or so and then switch back on and the tv would come back with much higher volume on the Olympics coverage. (We’ve become addicted to the Olympics, completely unintentionally. The opening ceremonies were gorgeous.) This happened about half a dozen times, so I’m guessing something burnt out some magic cooling something or other. We tried a few easy things to see if we could fix it but alas, it appears to be unfixable.

Our very nice landlord is buying us a new one. I plan on getting ice cream once I have the ability to freeze again.

Oddly, though this is really inconvenient and has me drinking lots of tea and eating lots of Nutella on various bread products, it really couldn’t have happened at a better time. The weather is cool. We didn’t have all that much perishable stuff in there at the moment. We’re going to be gone most of the day tomorrow (going to see Radiohead tomorrow night, yay!) and the new refrigerator should be delivered on Thursday, which the boy had already taken off from work so I don’t have to wrangle kittens and handle delivery guys all by myself.

I’m wondering if this is some sort of cosmic lesson in problem management, that things like this that are unexpected and annoying are still manageable and not necessarily stressful unless you make them stressful.

Or it could just be a case of a bad thing having remarkably good timing.