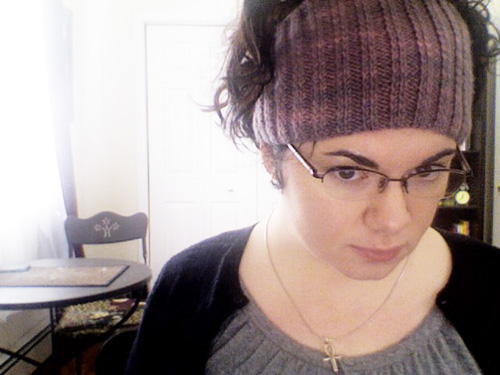 Ooh, I love the colour of your headwarmer!

And a new tea mug! Looking forward to seeing it!

That’s a great colour for you – and a cute photo, too. Hello!

A new tea mug! I hope you’ll enjoy using it. I’ve had to put a stop on buying any more mugs: my cupboard is full. Which basically just means I need to find a new cupboard.