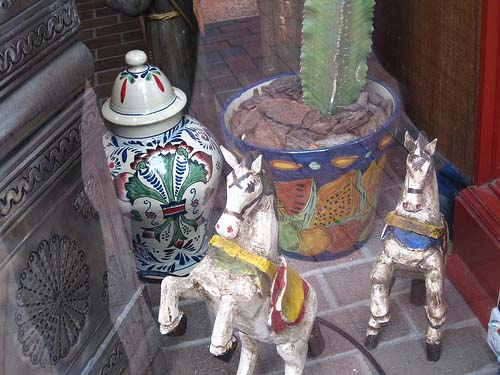 It’s not the worst house-sitting job I’ve ever had, but it’s certainly not in my top five or anything, either.

This lady didn’t even have time to meet me, I just got the keys from the agency, but she left long, detailed, color-coded lists stuck to the refrigerator with instructions about Proper Care and Management of the Estate, which is really more of a cottage but if she wants to call it an Estate that’s fine with me, she’s paying me twice what I normally get.

The plants that have two pages of instructions all to themselves are cactuses, or is it cacti? They don’t need watering but it says to turn their pots thirty degrees counter-clockwise three times a day and to leave an orange for each one at night, and the oranges are always nothing but curling peels on the floor the next morning.

The ponies are the worst, though. This flock of miniature ponies done up like carousel-less carousel horses the way other people put little sweaters on small dogs. They refuse to stay in their corral and they can undo the latches anyway. They’re constantly begging for treats and they try to steal the oranges from the cacti-cactuses and I have to shoo them away.

I try to ignore them, but they kick me in the shins with their hooves when they don’t get what they want. And they bite.

And I thought that cats could be pushy…

Too funny. Want to trade lives? I think I could handle those ponies for a little estate, er I mean cottage time. 🙂