flax-golden tales: new to the neighborhood 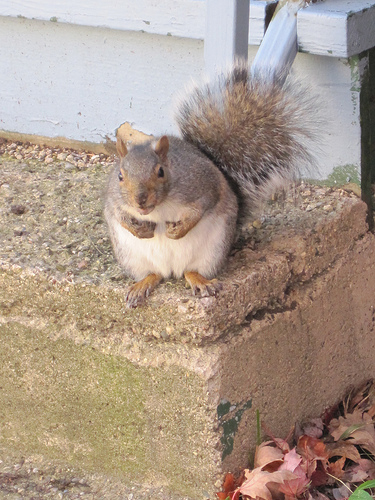 new to the neighborhood

My parents made a big fuss about moving like I would find it traumatic to have to put all my stuff in cardboard boxes but it really wasn’t that bad. My room is bigger now and the window has a seat in it. And the new neighborhood is pretty much the same as the old one was except here the squirrels can talk.

They don’t stay in trees, they come up to the porch and sit on the steps. They’re terrible gossips, I knew the peculiar habits and naughty secrets of all the neighbors before they even started coming over with welcome-to-the-neighborhood pastries and casseroles.

The squirrels are pushy, too. They nag me about keeping my shoelaces double-knotted and they pull them loose if I forget. One of them tried to take my donut this morning and when I wouldn’t let him have it he swore at me and muttered something about reporting me to the magistrate and stormed off in a huff. I watched his fluffy tail disappear through the leaves while I ate my donut, which was chocolate-frosted, and wondered if I would have shared if he had just asked politely.

I told my mother about it and when I got to the bit about the magistrate she sighed and said we’d probably have to move again.

I love these short stories! They’re so wonderful 🙂 You should compile them into a book one day. I would be the first in line to buy it 🙂