I don’t think Thank You is enough for all the wonderful bookstores and booksellers, for all the readers (whether they’d read The Night Circus yet or not) who came to events and for everyone who organized so many festivals and signings and interviews and flights, but Thank You.

I am slowly re-acclimating to my normal time zone, which has involved sleeping a lot. I am also trying to catch up on things around here that have been neglected during the tour, like cleaning and unpacking things that somehow never managed to get unpacked over the summer.

I uploaded my photos from foggy Amsterdam: 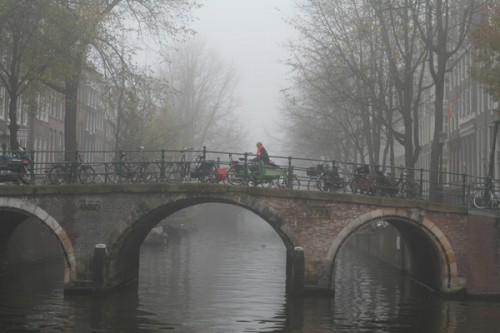 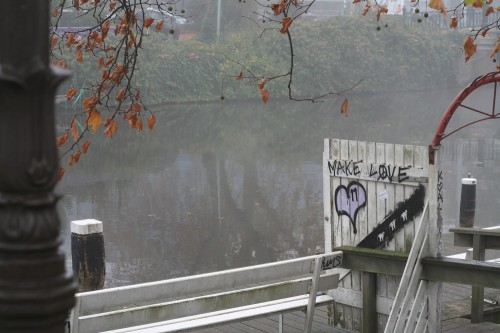 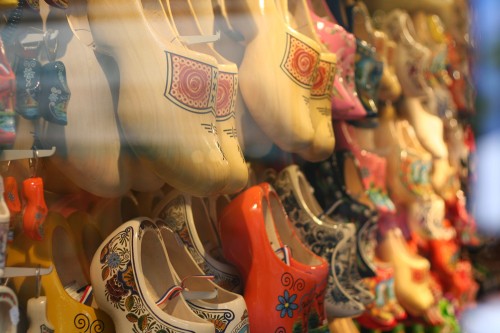 More photos (and more fog!) over on my Flickr photostream.

It’s strange to be done, at least with the travelling. I have things to catch up on (if I owe you an email I’ll get to it soon(ish), hopefully) and the to-do list still seems never-ending and despite all that I know I need some rest. I am not used to so many things and people requiring my attention and I am still adjusting. Also, I’d like to be able to write again at some point.

It is an open-windows, reading in the park sort of day which is rare for this late in November. It’s lovely but not helping me regain my concept of time.

On the flight over to Amsterdam one of the in-flight movie options on the individual embedded in the seat in front of you televisions was Midnight in Paris. I had been told by several people that I would love it and they were correct, it is a marvelous magical fairy tale of a film and I loved it more than I have loved any new film in recent memory. And I’m not even much of a Woody Allen fan.

On the flight back to Boston I half-slept with DeVotchKa’s How it Ends on repeat. So I suppose that makes this the song of the end of the book tour:

Welcome home. Wishing you deep sleeps full of soothing dreams, a peaceful melting into familiar surroundings, wonderful memories of your tour, and joy springing from the ongoing success of your delicious novel… which I am just now off to listen to the last chapter of, with a handmade mug of hot coffee and cream. Unlike the song I do not, in fact, know how it will end.

The Amsterdam photos are lovely 🙂