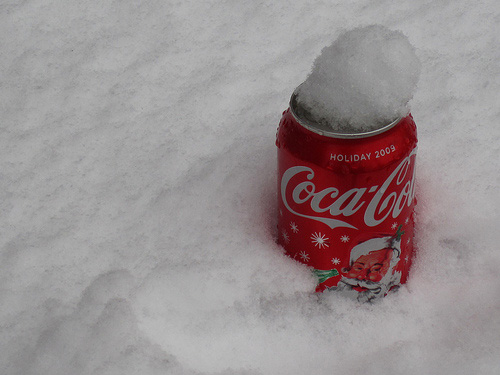 holiday cheer of the reluctant variety

I despise the holidays, consumerism and plastered-on merriment wrapped in festive ribbons and shoved down my throat before I’ve even taken my Hallowe’en costume off.

Every day a sale and fighting to find the best deals and the biggest tree and Santa Claus on soda cans, though I suppose that one is proper historical tradition by now and not just seasonal marketing.

Still, once it gets down to the dark days of December, there’s that something in the chill air. Something quiet during the longest nights of the year.

With twinkling lights on strings.

And a well-timed snowfall.

It makes it difficult to Bah Humbug.

How did you get inside my head, take that train of thought and put it into words so delectable, I could eat them off of the screen? Confirms the chasm between thought and the the written word.

Thank you for the perfect dammit.

I know what you mean about the holidays!

I found your page after reading your wonderful book. I just wanted to let you know that it was one of those books that I didn’t want to end. I loved it!

Also, I’m another mixed-media artist living in Massachusetts with a love for cats and J.K. Rowling. 🙂

Thanks for sharing your circus dreams….What a wonderful movie this would make for all those non-readers…Please think about it…..You made my dreams come alive….When will your next book be out????happy dreams!!!!!