I’m still on hiatus! Really! But I’m doing some blog housecleaning and I had things to share so you get a mini-post. Figures I post more than normal when I’m on hiatus.

Firstly, Kyle Cassidy is a splendid photographer and once upon a time he caused me to buy a fountain pen that was used to compose parts of the circus and because of that serendipitous pen incident you can now click this link and see a photo of his adorable cat Roswell wearing an adorably tiny bow tie and sitting with the book-shaped book, because pens are magic. (Also if you would like to write flash fanfic about said adorable cat you could can win an autographed copy.)

In other news, this is the best thing ever:

And then upon rewatching I spotted The Night Circus which delights me to no end. My book has way too much fun in Canada.

Remember back in March when I got my very first vintage fountain pen?

I’ve been trolling Etsy vintage for pens since then (well, pens & train cases & bowler hats,) but nothing’s really caught my eye & budget at the same time until this past week.

So now I have a second vintage fountain pen.  Except this one is a part of a set. 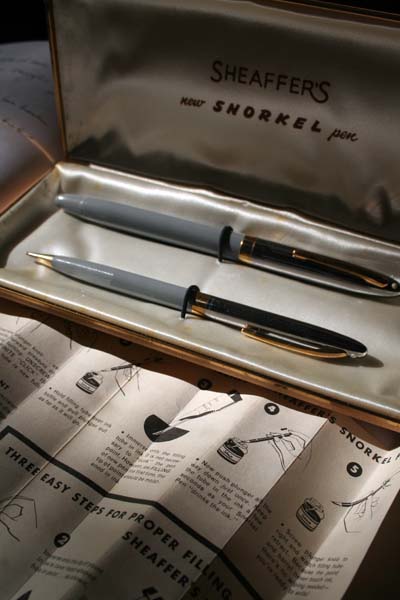 It’s a Sheaffer Snorkel Clipper Pen & Pencil set, complete with box & instructions. It has a really nifty filling mechanism that you can sort of see the instructions for in the photo & I kind of flailed around like a dork when I filled it this afternoon and the kittens thought I was weird. But that’s nothing new.

This set is from somewhere around 1955-59 or so, and both pen & pencil appear to have never been used.

I think this officially means I’m starting a collection.

this is kyle cassidy’s fault

I don’t actually know Kyle Cassidy but I admire his photography and I read his blog and I covet his coffin coffee table.

A few weeks back he held a contest on his blog giving away some of his fountain pens to penless writers, and to participate you had to take photos of your journals or whatnot & post a sample of your writing.

I thought, Hey, I’m a fountain penless writer! When I write by hand I write in Sharpie!

And then I thought, I am way too shy for this.

Then I said to myself, Erin, why don’t you find an alternative method of procuring a fountain pen if you really want one? Because sometimes I can be quite logical.

But of course I wanted a vintage one, because old things have more story in them and vintage pens seem inherently cooler and more writerly than shiny new ones.

So not really knowing where else to look, I did an Etsy vintage search and happened upon a very cheap, condition unknown green Esterbrook J series fountain pen that had been found at an estate sale. I went ahead and ordered it, thinking it would probably need massive overhaul and wondering what kind of seedy world of vintage pen afficionados I was getting myself into.

Pen arrived with a fair amount of dried blue ink but once it was cleaned and re-inked (in grey, because I became instantly enamored with the idea of writing in grey ink rather than blue or black or sienna or whatnot) it was in perfect working order.

I am now wondering why I had never thought to get a fountain pen before because it is brilliant and magical. I don’t know the history of this particular pen prior to its ending up on Etsy, but I know it’s older than me by a fair amount and it likely had its fair share of adventures before it ended up here in Salem, writing down revision notes about nocturnal circuses.

Within days of writing with it I reworked the entire ending of the revised version of the novel and untangled several troublesome plot points. If this thing ever gets published, remind me to thank Kyle Cassidy in the acknowledgments. 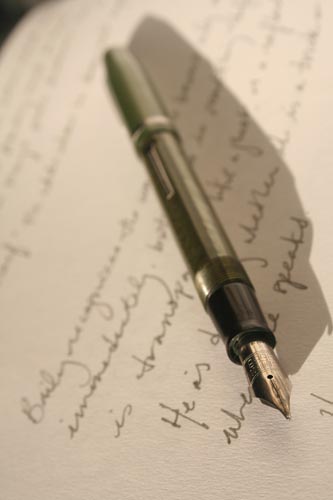 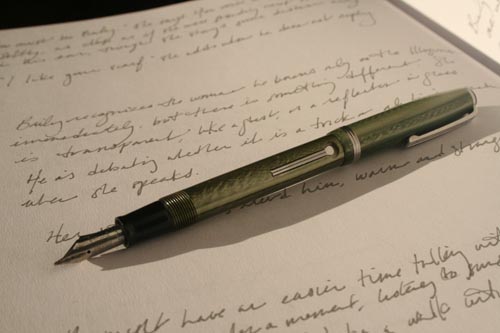 What should you drink while reading GIRLY DRINKS? I got you covered.
I created a chapter-by-chapter drink pairing list! (And it goes without saying, if you're making each drink, please do not read the entire book at once.)

Was woken this morning by a mouse hitting my arm while a certain cat sat five feet away doing absolutely nothing. (She is now stalking what I assume is the same mouse in the library.)