Thursday night we went to see Moby at the House of Blues. I’d never seen him in concert before but I listened to Play practically non-stop when it first came out and his new album, wait for me, is marvelous, so the boy & I decided it might be fun. It was phenomenal. Quite possibly the best concert ever and it just kept going and going. And Moby is seriously adorable. Go see him if you get a chance. Highly recommended. (And hopefully you won’t have people loudly discussing BC football standing behind you the way we did.)

Friday night we went to the boy’s cousin’s wedding, which was sweet and fun even though the cake was elusive. But for two nights in a row we didn’t get home until about 1:30am. So we’ve been pretty tired.

Rather than sitting around all day yesterday, I suggested we take advantage of the lovely weather and run around outdoors. Our original plan was to go apple picking, but that was apparently also the plan of every other person in New England yesterday, so instead we ended up wandering around Den Rock Park for a couple of hours. 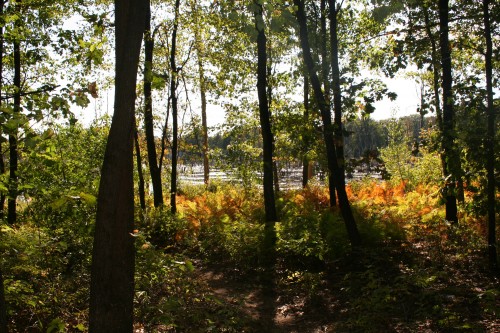 It’s really lovely, and we had great light for it. There’s a beaver pond (we saw a goose, but no beavers) and a river and tall rocks and absurd amounts of acorns. We saw two little snakes and a lot of ferns and I took a bunch of photos. It was a relaxing way to spend the day (and so quiet! We only encountered a handful of other people walking around, and one very pretty dog) after all the raucous late nights. 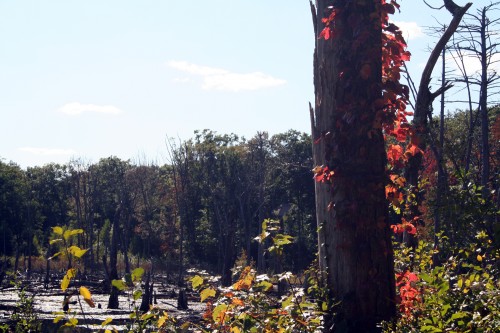 And then we came home and made apple crisp. There are more photos on my Flickr photostream (of the park, not the crisp). Today is grey and rainy and not so photogenic. I am packing up my wine and cookies to take back with me to revisionland, where I will be pretty much full-time for the next two weeks. 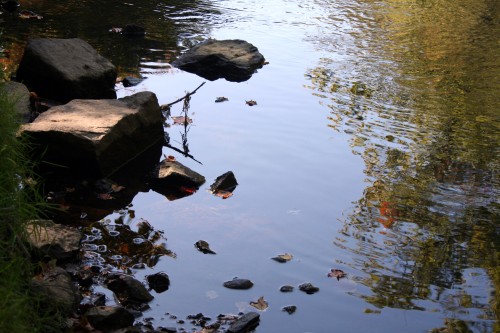 Those are lovely pictures, thank you!

I hope your stay back in revisionland has started well – good luck with it!