in canada with an empty calendar and an extra-foamy cappuccino

I am in Toronto, last night’s Read for the Cure event with me and Vincent Lam and Audrey Niffenegger was absolutely lovely and raised $38,000 for cancer research and I cannot imagine a better way to finish with book events for 2012. 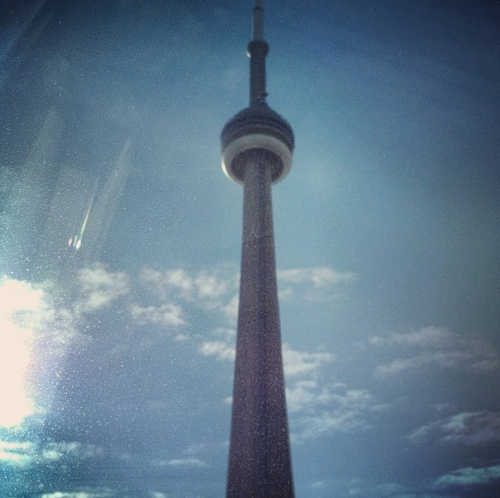 Partially because I got to reach the mythic nothing-on-the-calendar stage in this city which I have visited so many times in the last year or so that it feels familiar and friendly, even though there are little banners on the street that say “Welcome to Toronto, We’ve Been Expecting You” which is kind of creepy.

So I’m sitting in my hotel room with an extra-foamy cappuccino facing an empty calendar and I’d forgotten what this feels like, as it’s been a year and a half or more since the calendar was properly empty, but so far I like it. 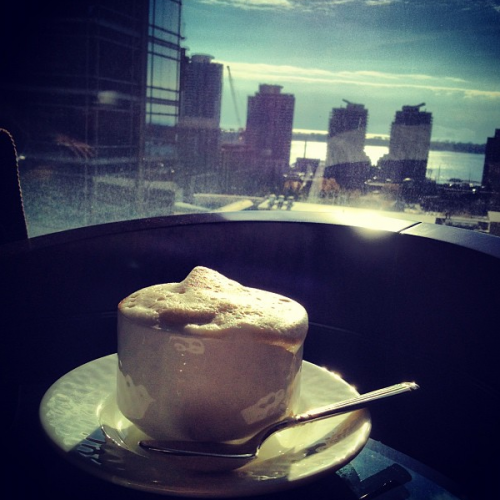 I am going to drink my cappuccino and also eat as much food as I can while I’m here because this city has fantastic food (went to the new momofuku Toronto on Monday night which was so, so delicious, particularly the pumpkin soup and the halibut) and then back to Boston where the main things on the to-do list are moving related (the logistics of the actual moving are, as of this writing, still up in the air) and then hopefully there will be moving and holidays and then it shall be 2013 and I think it will be a good year because 13 is my favorite number.

I’m sure there will be appearances and signing things and such in 2013 but nothing is scheduled and the first half of the year, at least, will be very much about writing, which I am excited about. I’ve spent a lot of time in other places and it will be nice to retreat back into my head and spend some quality time with my imagination and the new-not-yet-novel characters that have been waiting (in some cases rather impatiently) for me to pay proper attention to them.

I realized I haven’t done that capture-the-moment-in-song thing lately (had that for the end of tour 2011) and while I’ve had more moment-appropriate songs, this is the one that’s been on my iPod and in my head as I type this in a Toronto hotel room, so I suppose that makes this the song for the end of the tour, 2012 edition.

Looking forward the new year! Prospect of a new novel!! Are you by chance planning a “best books of 2012” list so far? Not to already stress out your free calendar days… Just curious.

Hey, Erin
I was at Read For The Cure last night and thought your words were wonderful. Such a refreshing and honest take on the writing/publishing process. Wishing you a relaxing end to 2012 and an exciting 2013 to come!
Laura

Congrats on the money you raised for charity – good job! Glad you are wrapping this year up with a feeling of satisfaction.

I’m still in the grips of NaNo, am keeping up with my word count (barely) but still have no idea how the dang story will end. Soldiering onward…

Started to listen to that song, but stopped. The stuff he’s singing about is the same stuff that runs around in my head when I’m not listening to music. I listen to music to keep those thoughts out. It’s the reason I stopped listening to country music, too. I think I have an elevated level of built-in depression (must be my Irish blood), so music is one of my medications… but it only works if it points me skyward. 😎