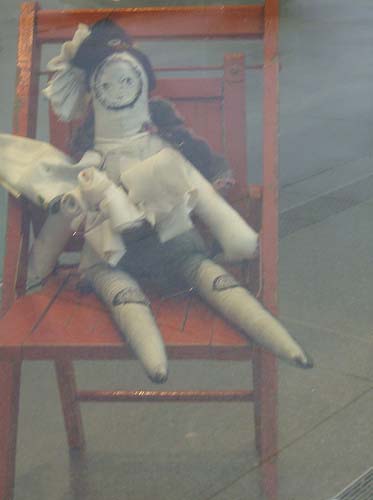 You don’t get to choose your poppet. Some people like to say your poppet chooses you, but that’s silly. They’re just dolls, after all.

Matches between poppet and person are made by chance, not choice. You receive the poppet that you’re meant to have, because there are no other options.

Poppets are often returned. This is not what I expected, unsatisfied poppet recipients complain before they depart again, poppet-less.

But most are accepted gratefully, brought to their respective new homes and treated kindly. Given places to sit and kept away from dogs.

Happy poppets are the most effective.