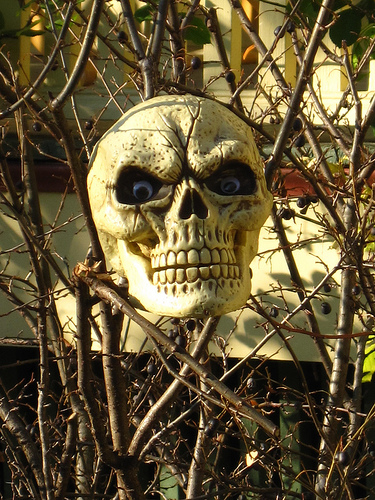 The skull says I see you when pedestrians or trick-or-treaters or dog-walkers pass by. Eyes that have no place being in a skull, hovering in empty sockets, move disconcertingly from side-to-side.

The observation is followed by a metallic cackle of recorded laughter.

People jump or shriek or return the cackle with laughs of their own.

Sometimes they try to get the skull to speak again, but it won’t. Not until someone else falls into its gaze.

It does see, even as it cackles. It can’t close those eyes, after all.