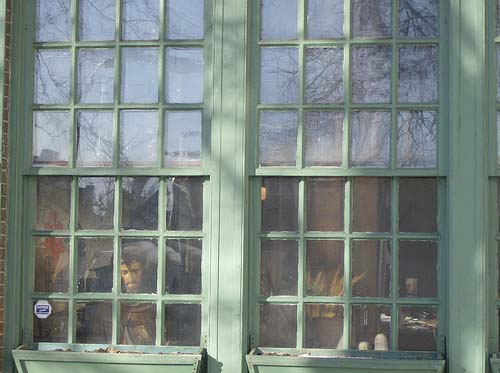 There’s a saint in the window of the building across the street.

I don’t know which one, I’m not good with saints.

He faces the window, but he doesn’t look out. He looks down, like he’s distracted. Lost in his thoughts rather than watching the street or the trees.

The building used to be a school, a Catholic one, I think, but it’s closed now. I doubt whoever put him there even considered how he’d look from the outside.

People walking by stop if they notice him. Sometimes they keep looking, long after they must realize he’s not a real person, like they’re wondering what he’s doing.

Meditating on the unknown thoughts of a lonesome saint.