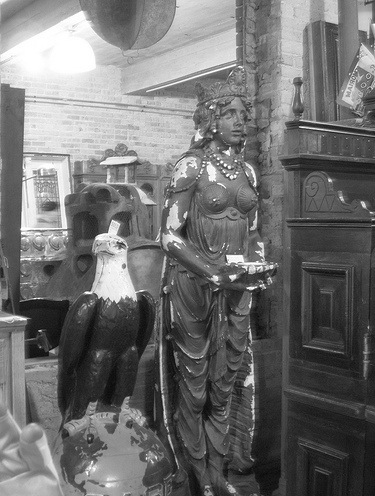 No one told them that their jobs were finished. They were never properly dismissed or let go.

Informed that their necessity had waned.

They continued to attend. Even after temples were shut and shrines dismantled.

Incapable of being anything less.

Now they sit in corners of musty shops.