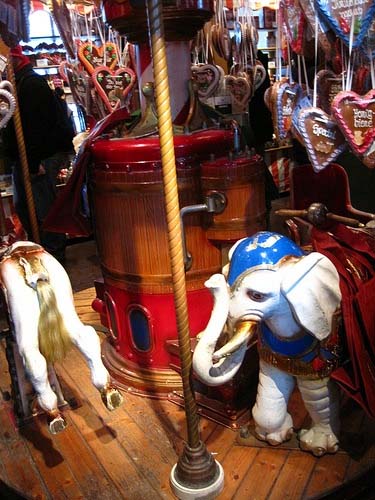 No one ever wants to ride the elephant on the carousel.

Even though he moves just as gracefully as the horses.

The choosing is done before the ride is put in motion, out of necessity.

And first impressions are all the riders have to go on.

It’s usually the slowest runners, the last to climb aboard that end up on the elephant, with frowns of disappointment looming over his golden tusks.

But when the tempo of the music changes, when the space between feet and floor increases exponentially and the carousel spins ever faster…

Then the elephant riders are pleased with their good fortune.

No one is ever thrown from the elephant on the carousel.

The same cannot be said for the horses.