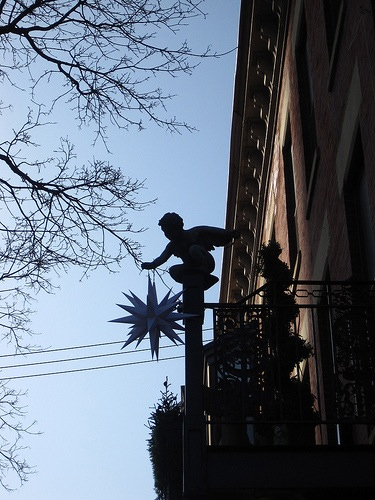 Not many people know that.

They like to think that angels hang out on clouds with harps and constant sparkling sunshine bouncing off of their halos.

Sure, a few of them are sun-dwellers, but most angels are sneaky.

They’re hiders by nature. They blend the rustling of their wings with the sounds of nearby pigeons to disguise it.

They wait in shadows and darkness and the bleakness of winter to drop blessings and luck and wonders on passersby.

Preferably the people who think that there are no angels anywhere, in shadows or in sunshine. Those wandering souls who don’t believe in such things.