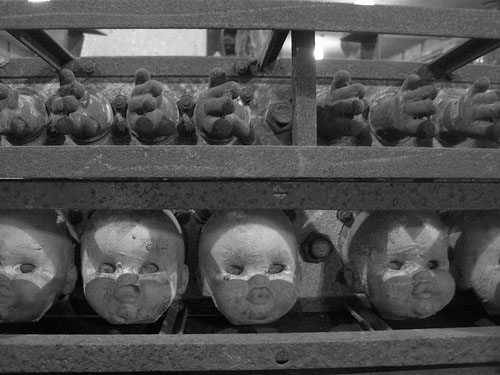 It’s the latest craze in dolls, so she simply has to have one.

I can’t really complain, I remember my own rabid Cabbage Patch days.

I told her to think about it, explained over and over that it would have to be her only birthday present but she never even waffled, it was all she wanted.

She carried the catalog around constantly. She even took it to bed with her.

I called six weeks in advance and I still only got an appointment because someone canceled, they said the wait was nearing three months but they tried to give cancellation spot priority to birthdays whenever possible. I joked that people probably lie to get them, then, and they told me I had to send a copy of her birth certificate for verification.

On appointment day, they gave us a tour of the facility before they took her to the lab for testing, explaining the manufacturing process and how “friends” (they never call them “dolls”) are uniquely calibrated and programmed to be exactly what each child needs in a playtime companion.

I thought it was kind of creepy, but she adored every minute. Especially the factory floor with row after row of empty heads.