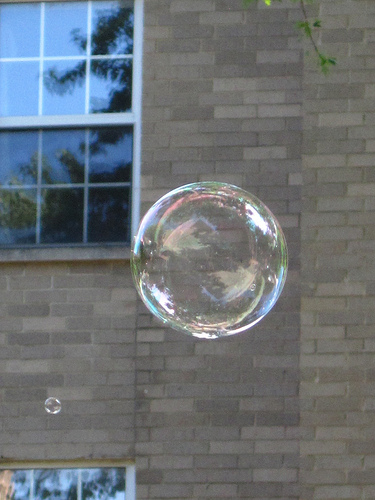 It wasn’t a very difficult technique to learn, though it took a lot of practice. And also some trial and error and a very soapy sofa before I figured out that practicing outside made for easier failure cleanup.

There’s a trick to it, beyond getting the size right or launching them so the wind helps with the carrying.

I should have realized it sooner, but it’s almost counterintuitive.

You would think that the contents would have to be lighter than the bubble by necessity, but that’s not the way it works.

The vessels are fragile, but the wishes inside them need to be strong.