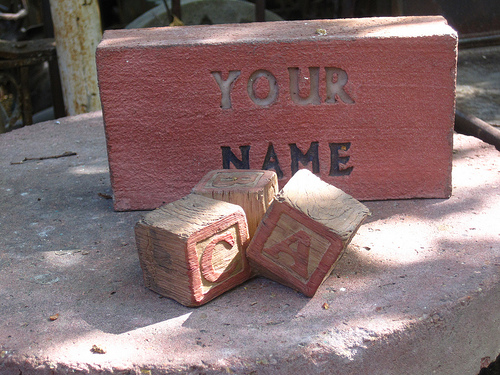 They told me it would ask questions but it doesn’t. Questions would involve question marks, these are demands.

They are fairly simple demands, which is good, since the only way to answer is with the blocks: carved wooden blocks like children’s toys, each with a single letter emblazoned on one side.

Your name, it demands.

I look through the blocks, already starting to feel familiar beneath my fingers, but there aren’t enough. There’s only one A, and no Zs.

I spell out “No” but that doesn’t satisfy it.

I wonder what will happen if I lie.

They warned me not to lie.

I love it! And the photo that goes with it.

Oh my goodness, I love your flax-golden tales. I just went through your archive and read every single one. I can only describe them as gorgeous, haunting enchantments. Thank you for sharing them, and I look forward to seeing more. Now that I know of the lovely aftertaste your writing leaves in my mind, I’m addicted. I’m craving The Night Circus now.