flax-golden tales: the beginning of the world again 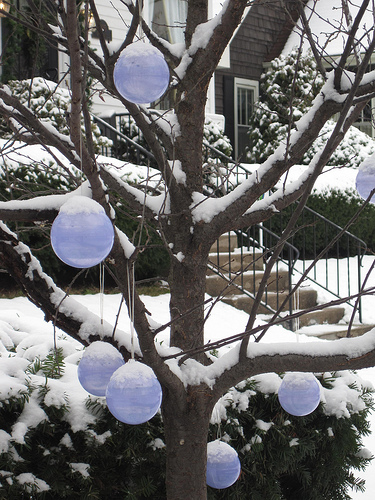 the beginning of the world again

We hang the new worlds on the tree until we need them. We could keep them in drawers or boxes but they look pretty hanging from the branches, especially when it snows.

It’s nice to be able to look at them, too. They’re blue and swirly and round, though the roundness is an illusory construct since in reality they’re shapeless and infinite, but the tree is a construct, too. So is the snow, for that matter.

We make more new worlds all the time, the old ones don’t last more than a few centuries without changing. They need to be refreshed.

Sometimes the inhabitants fret and cry about the end of the world, but they never even notice when we give them a new one.

We suspect it’s better that way.