flax-golden tales: the light at the edge of the world 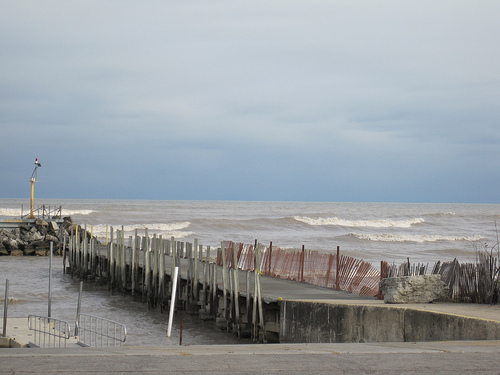 the light at the edge of the world

I walk to the edge of the world every day at four o’clock in the afternoon. I didn’t always have to leave so early but the terrain keeps getting worse which makes the journey longer.

The pier itself is in terrible shape and the fence is falling apart in the spots where it’s still standing. I have to watch my footing carefully but I haven’t bothered to fix anything yet. I suppose someday I’ll have to, possibly soon, in order to reach the light.

It’s not a proper lighthouse, just a red light on a post at the end of the pier, but it serves its purpose. It marks the edge. Every evening I wind the generator enough to let it glow softly through the night, even though I doubt there’s anyone left to warn.

I always watch the waves roll in for a while before I head back, listening to the sound of the waves as they slowly eat away what’s left of the world.