my weekend, with photos

On Saturday morning I left Toronto after a splendid time at the International Festival of Authors, headed to NYC. I was supposed to arrive around 1pm, but then this happened: 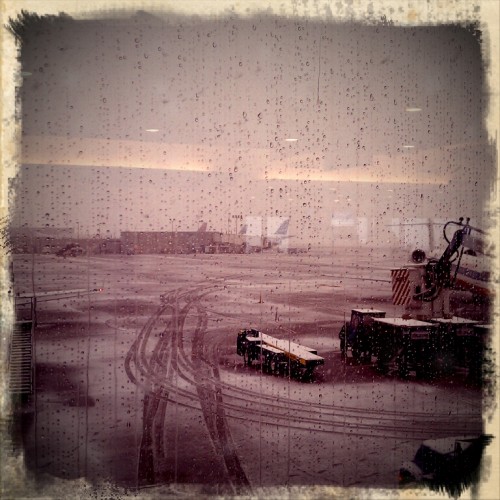 This was taken in the Hartford, Connecticut airport after my plane circled and circled and then tried to land in NY and then couldn’t and then landed in Hartford instead. After an hour of looking at the snow they announced that the flight was rescheduled for the next morning. Which, boo. So I took a cab for a very snowy drive to New Haven to catch a train, and the train was going fine until it was no longer going at all, stopped for two hours and then there were more trains and more cabs and I got snowed on and tired and finally got to my hotel just before midnight.

I have lived in New England my entire life and I don’t ever remember a snowstorm like this in October. It is so strange, the autumn-colored trees drenched in winter-white snow. Like a collision of the seasons.

Yesterday I spent a lovely day in NYC, I was there mostly to go to Sleep No More for their Hallowe’en week festivities, in particular for Aphrodite’s Revenge, with an enforced “red & sexy” dress code. Had to get a slinky red dress because for some unknown reason I did not actually own a slinky red dress but now I do and I am sure I will find more opportunities to wear it in the future. 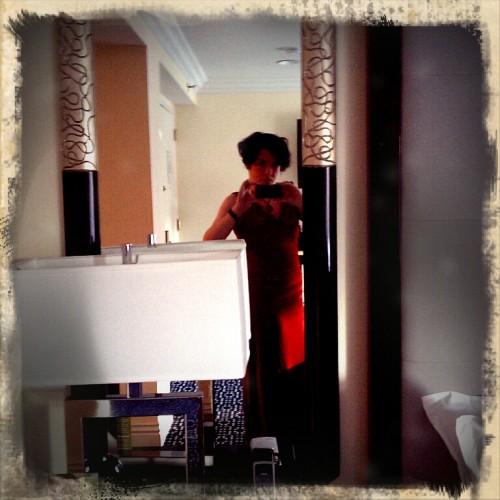 I also did not have the best hotel room for taking photos of said dress, though it was a lovely room.

Sleep No More was, as always, dreamlike and haunting and wondrous. It was my eighth visit, with extra festivities afterward and a wonderful Hallowe’en treat, especially considering I’m spending Hallowe’en proper exhaustedly back in Boston with cupcakes. But one of the cupcakes has a spider on it! 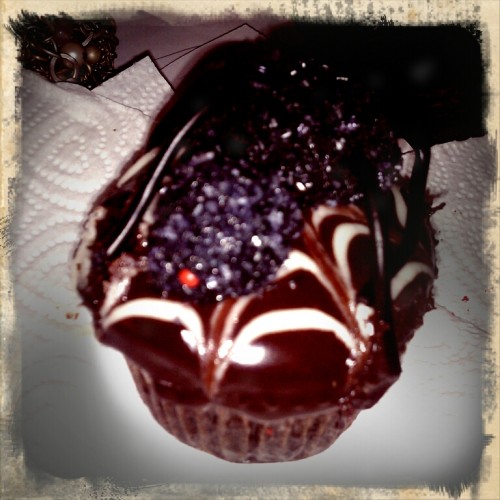 Or did, rather, he’s been eaten. He was tasty.

I am working on getting my tour photos organized so there will be much belated updates at some point. For now I wish you all a Happy Hallowe’en, a Blessed Samhain and a Merry NaNoWriMo Eve!

Oh great! You left your hair in its natural curly state, to wear with the sexy red dress. Super….

Gentle hugs,
“No shade, no shine, no butterflies, no bees,
No fruits, no flowers, no leaves, no birds –
November!”
~ Thomas Hood, No!

I’ve just finished your remarkable book. Thank you for undertaking something so huge. It’s a marvel and was a delight to read.

I loved your book.