I am taking the entire month of August off from the internet.

What this means: no blog posts, no twitter unless important information sharing, no tumblr. I am shutting off the wifi connection on my laptop from tomorrow until Sept 1st. (I spend 90% of my computer time on the laptop.)

I will be checking my personal email periodically.

I will still be Instagramming because Instagram lives in my phone.

I hope you all have a lovely month.

2. There will be this magical event in Brooklyn. I will be there. I don’t know what I’ll be doing, that’s pretty much up to Lev. It will probably involve talking of some sort. I don’t know if there’s an official non-Lev signing for anyone but I will bring a pen and I will happily sign things if asked.

At the moment it is my only scheduled appearance this year which I am doing because Lev asked me to and because I really loved this book.

Lev Grossman has conjured a rare creature: a trilogy that simply gets better and better as it goes along. The Magician’s Land is sumptuous and surprising yet deliciously familiar, a glass of rich red wine left out for a hungry ghost. Literary perfection for those of us who grew up testing the structural integrity of the backs of wardrobes.


And here is an extra bonus outtake from when I recorded my section back in April. Filmed in Toronto. There are puppies. Also this is when I realized I needed to cut my hair. I miss my jacket, it’s too hot now.
Read more 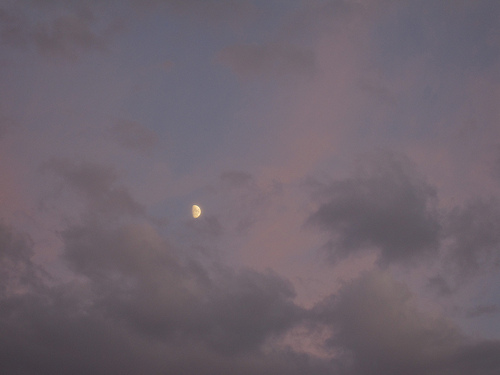 Today is my birthday. I suppose I am allowed to be thirty-six and still feel like I am just getting started, just beginning to figure things out, just happy and just married.

Thank you again for all the wedding well-wishes on Twitter & Instagram, I wish I could respond to everyone personally but I can’t keep up. I had a lot of comments about my bouquet (featured in another photo below taken on the High Line), it’s from AliciasOddities on Etsy, made from a combination of vintage brooches & handmade enamel flowers.

As mentioned previously, the last of the flax-golden tales will be posted this Friday. After that I’ll be taking a bit of an internet hiatus, if there’s news that’s worth blogging I shall blog it but otherwise it should be quiet around here for the rest of the summer, and hopefully at the end of the summer or early fall I’ll be doing a long-needed website overhaul.

But for now I am going to do birthday things and try not to melt in the heat and then get back to writing. 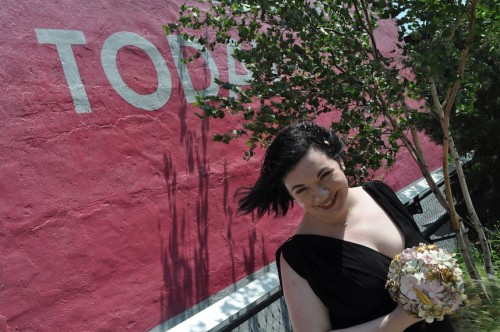 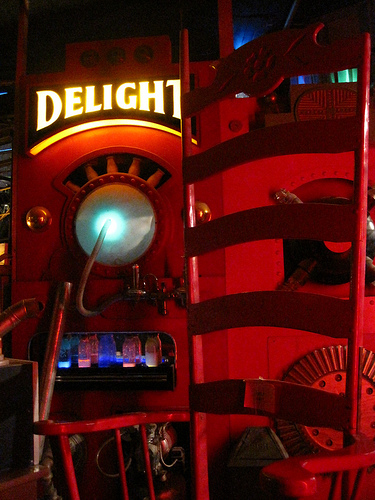 Adam and I got married at city hall this morning.

I have always wanted a relationship that felt like the very end of Amélie & I actually found it.

I am the luckiest girl in the world. 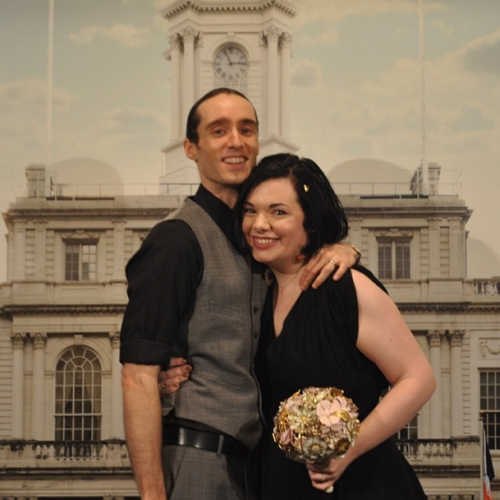 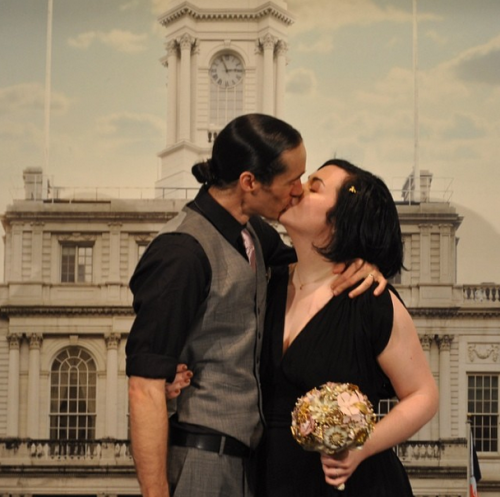 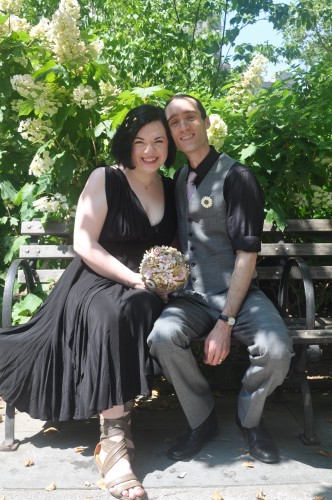