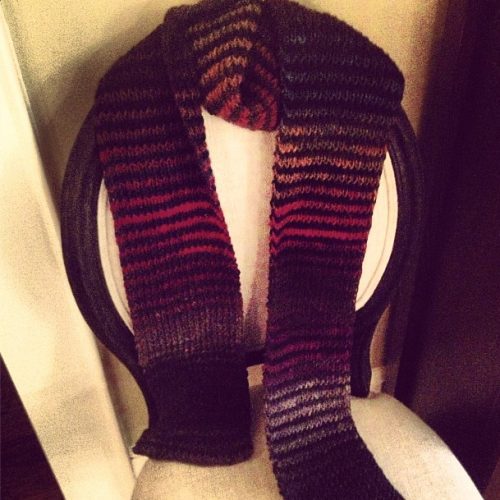 Hey, remember how about a month ago I promised photos of my new scarf that took me ages to knit? Apparently I’m just as slow at posting things as I am at knitting.

Months ago now, one of my dearest far-away friends sent me a box of this gorgeous red wool eyelash yarn.

I’m not particularly good at following patterns, so I decided to turn it into a fairly basic scarf.

And now that it’s practically summer out (seriously, it was almost 90 here yesterday), I have finally gotten around to modeling it in dramatic sunshine for the interwebs. 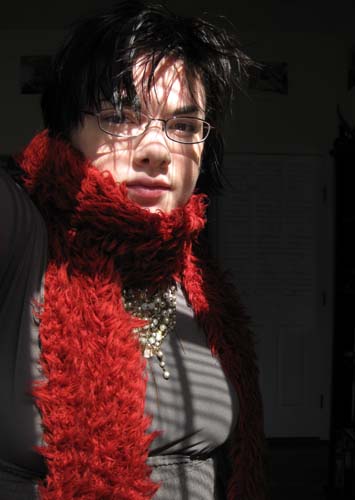 It proved rather difficult to photograph despite the helpful sunshine. You’re just going to have to trust me that it goes down to my knees.

I kind of love it. And of course, now it’s far too warm to wear it. I did wear it out once or twice in March, but it’ll have to wait until next year to get into heavy scarf rotation.

(For those of you who haven’t seen me in awhile: Yes, that is my hair. It is both that short and that straight.)