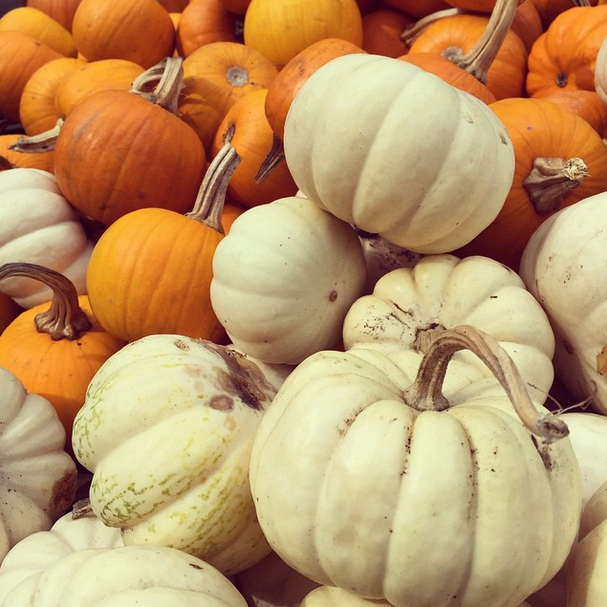 The end of September went by very quickly because my new niece decided she wanted to be a September baby and not an October baby as scheduled so she was early, but she is also adorable. I have already started buying her all sorts of books.

One of my very favorite authors from when I was young passed away yesterday, Zilpha Keatley Snyder wrote a great many books but my favorites were The Headless Cupid and The Egypt Game. I loved The Egypt Game so much I used to build temples in my backyard. I should do that again if I ever have a backyard.

I will be at New York Comic Con this weekend but I am not doing anything official. I will be flouncing around in a corset and wandering aimlessly and looking for the Black Phoenix Alchemy Lab booth and possibly buying comics. If you see me, feel free to say hello.

This upcoming Monday is October 13th, which is of course the anniversary of opening day of the circus. To celebrate I thought I might do something I rarely do over on Tumblr & retumble some of the gorgeous circus-inspired stuff that’s floating around over there. (True confession: I never look up circus things because it makes me weirdly shy and also just looking turns up good things and bad things and for every thing I’m glad to see there’s usually something that makes me sad so I just don’t do it. But I peeked the other day and there’s really too much gorgeous not to share.) So all day on Monday I will be retumbling circusy things on my tumblr page. I’ll try to remember to tag things, I’m bad at tagging.

I haven’t been apple picking yet this year. I shall have to rectify that soon. Mostly I am writing a lot and wondering why this year insists on going by so quickly. 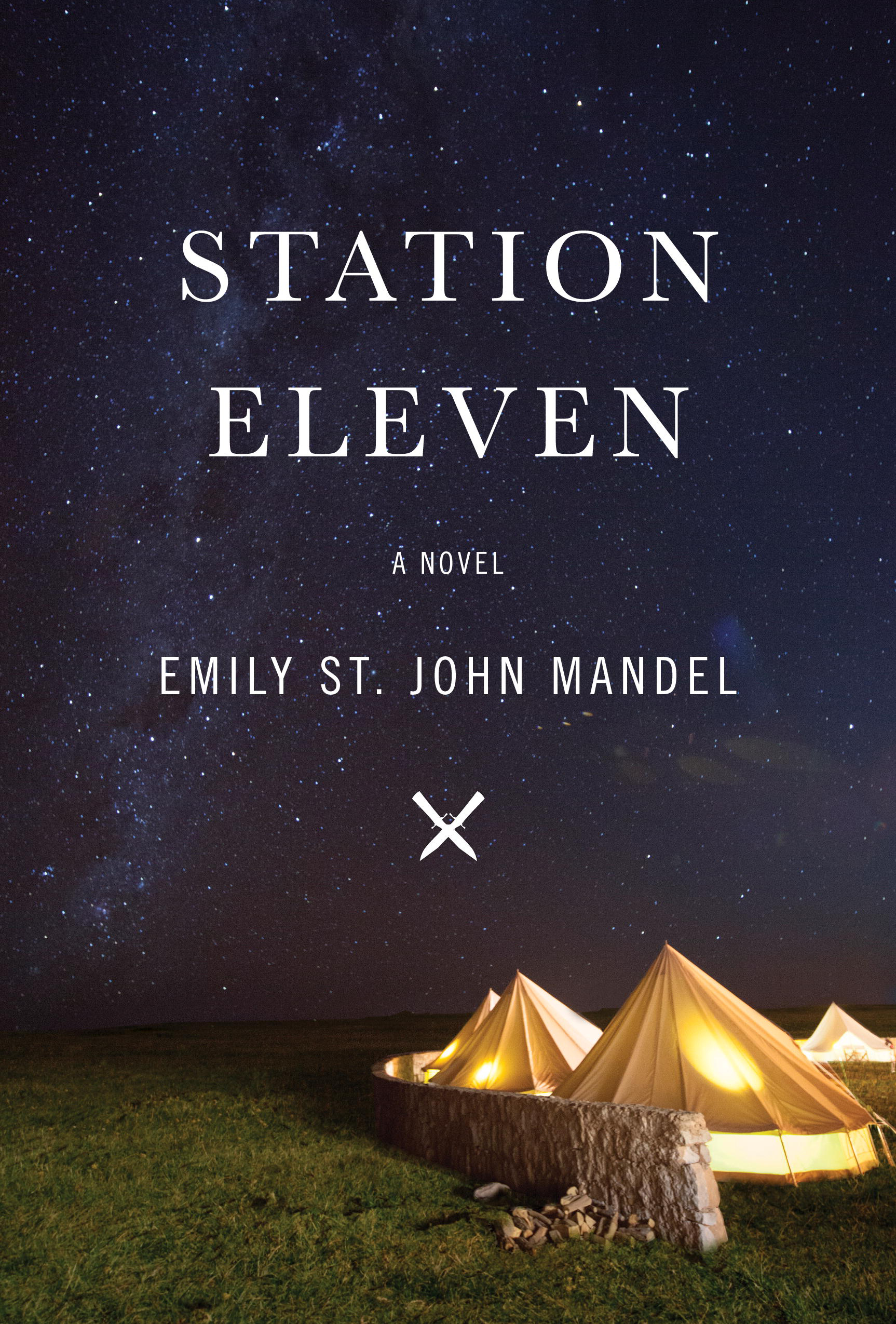 I loved this book.

I have post-apocalypse fatigue and I still loved this book, because it’s so much more than that. I don’t want to tell you too much about it, because simply describing it would never do it justice.

Once in a very long while a book becomes a brand new old friend, a story you never knew you always wanted. STATION ELEVEN is that rare find that feels familiar and extraordinary at the same time, expertly weaving together future and present and past, death and life and Shakespeare. This is truly something special.

I am taking the entire month of August off from the internet.

What this means: no blog posts, no twitter unless important information sharing, no tumblr. I am shutting off the wifi connection on my laptop from tomorrow until Sept 1st. (I spend 90% of my computer time on the laptop.)

I will be checking my personal email periodically.

I will still be Instagramming because Instagram lives in my phone.

I hope you all have a lovely month.

2. There will be this magical event in Brooklyn. I will be there. I don’t know what I’ll be doing, that’s pretty much up to Lev. It will probably involve talking of some sort. I don’t know if there’s an official non-Lev signing for anyone but I will bring a pen and I will happily sign things if asked.

At the moment it is my only scheduled appearance this year which I am doing because Lev asked me to and because I really loved this book.

Lev Grossman has conjured a rare creature: a trilogy that simply gets better and better as it goes along. The Magician’s Land is sumptuous and surprising yet deliciously familiar, a glass of rich red wine left out for a hungry ghost. Literary perfection for those of us who grew up testing the structural integrity of the backs of wardrobes.


And here is an extra bonus outtake from when I recorded my section back in April. Filmed in Toronto. There are puppies. Also this is when I realized I needed to cut my hair. I miss my jacket, it’s too hot now.
By erin, 8 yearsJuly 31, 2014 ago

So I managed to go the whole winter without getting sick and now I’ve spent the last two days in bed.

I’m better today than yesterday or Monday but still coughing like it’s my job so I’m mostly all about tea and reading and watching comfort movies like Wreck-It Ralph.

And today was a good book mail day.

The Supernatural Enhancements by Edgar Cantero. I’ve heard a bit about it and it sounds super intriguing and I am in love with this cover. Also it goes well with my mug and my floor. Advance copy, comes out properly in August according to the informative spine.

Now I am going to read. Or nap. Or drink more tea. Or some combination thereof.

I have been waiting & waiting for this day. I read a manuscript of The Enchanted by Rene Denfeld last year and loved it so much I wanted to push it on people immediately but I had to be patient because it wasn’t coming out until March 4th, 2014 and hurrah! That day is finally here. 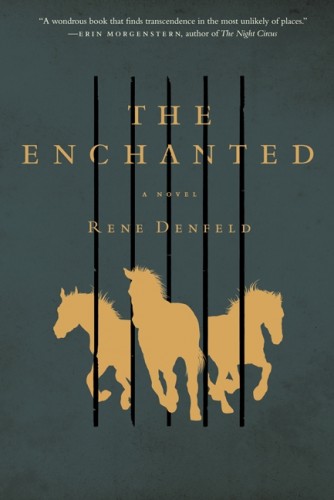 This is an exquisitely written, deep, dark book with a marvelous buoyancy that somehow keeps it from being too heavy which is particularly impressive considering it’s set on death row. The closest thing I can think to compare it to is The Shawshank Redemption, but truly I’ve never read anything like it.

And the finished book is just beautiful, with golden horses. 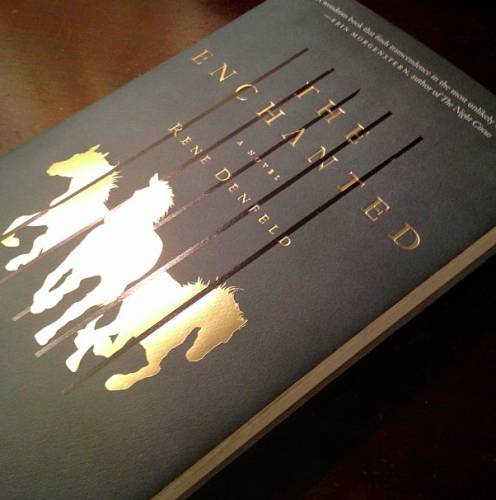 “The Enchanted wrapped its beautiful and terrible fingers around me from the first page and refused to let go after the last. A wondrous book that finds transcendence in the most unlikely of places, enshrouding horrible things in a gossamer veil of fantasy with a truly unforgettable narrator. So dark yet so exquisite.”